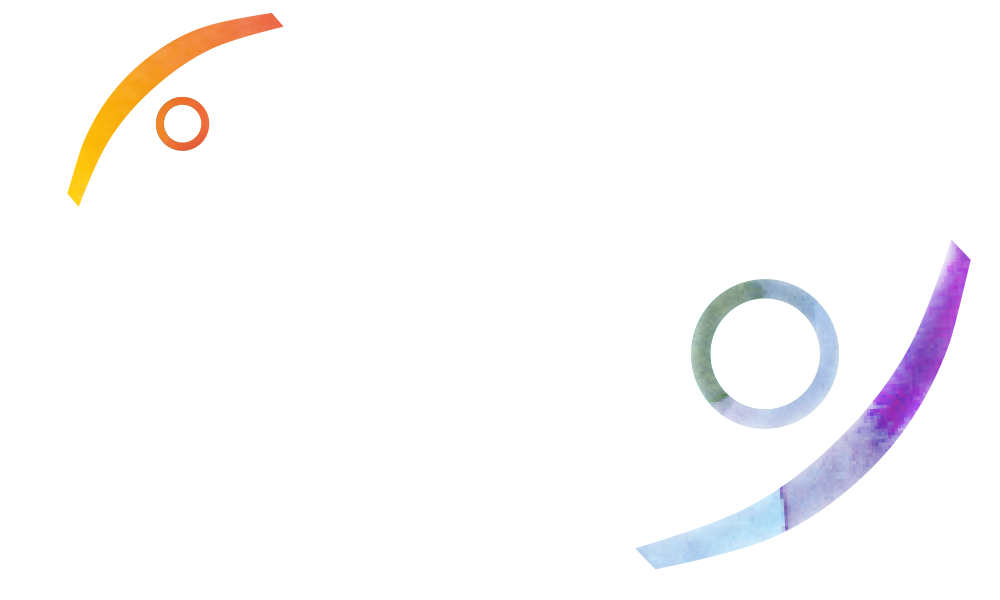 Are you tall, good looking and have a deep voice?

Then you’ll probably be hired. That’s because we all have intrinsic biases that our minds use to make snap judgements and we often make assumptions about people based on their looks. 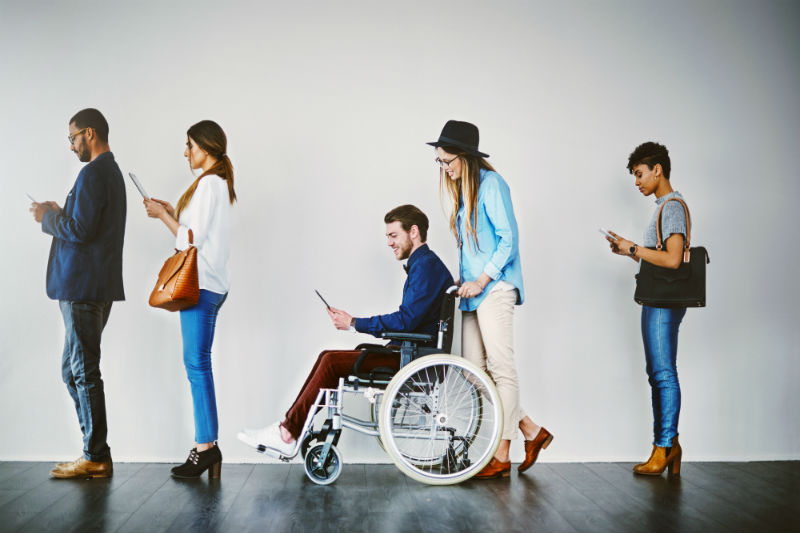 According to research we associate a person’s height with greater leadership skills. If you’re attractive then you are perceived as being more competent, intelligent and qualified. And if you have a deeper voice then we assume you have greater strength, integrity and trustworthiness.

This is a major problem for organisations because interviews are still the preferred method for many in hiring decisions. Although, some companies are ripping up the rule books and exploring new and different methods that offer a more equal opportunity for all.

We wanted to know what some of these might be at the second of our Harvey Nash Inclusion 360 event series in Leeds and Birmingham. We invited employers from across all sectors to discuss hiring for diversity and how to create a more inclusive selection process.

Diversity in all its forms is clearly a priority for everyone but as we learned in our last sessions on ‘Inclusive Attraction’, there are so many touch points in a candidate journey where you could lose someone if you are not inclusive. With so much investment now going in to attracting a more diverse range of applicants it’s just as important to think about the next stage.

The session was led by Paul Rein, a business psychologist at Harvey Nash, who really challenged the notion that ‘interviews are the gold standard’ and why other methods of assessment are much better predictors of someone’s capabilities to do the job.

The problem with interviews

How many times have you hired someone who ‘looked good on paper’ and ‘interviewed well’ but later turned out to perform lower than expected?

Paul shared research that shows that if you know a candidate’s score of general learning ability, a typical interview will predict just 4 per cent additional information about someone’s job performance.

He explained there are many reasons for this:

We debated what ‘culture fit’ even means. One company talked about how they ran an exercise to test the meaning of ‘culture’ across the organisation and they found conflicting views, particularly between the perception of senior management and other parts of the business. This has at least started an internal conversation about how they need to move away from ‘culture fit’ as a crude measure and find other ways to assess someone’s suitability for the role.

The role of heuristics

Interviews invite our unconscious mind into our decisions. We might think we are basing our decision on logic but in reality we are influenced by our personal heuristics. Paul explained this is Hebbian Theory that, “Neurons that fire together, wire together”. Our minds are programmed to see patterns in order to reduce the cognitive load and make quick decisions. It is human nature and part of our survival but can lead to error in judgement.

This has serious implications when selecting candidates from a shortlist. Paul discussed a Harvard Business Review study that looked at a real world example examining a university’s hiring decisions of white and non-white women and men for an academic position. The results were staggering.

The conclusions from the study show that having only one woman or minority in a shortlist acts to highlight the difference from the norm. Unconsciously, we see this difference as risk (or even incompetence). So having just one candidate who is different is futile.

We also discussed whether this could apply equally to the interview panel and whether having a gender-balanced panel led to an increase in hiring of diverse candidates. One employer described how they introduced a policy that all panels must be gender-balanced and last year, there were not any single-gender panel interviews. Their gender balance at the leadership level is a testament to its success.

Whilst interviews are unlikely to ever go away, structured interviews are best when combine with robust and valid psychometric assessments without adverse impact. Paul shared a chart from the research of Schmidt and Hunter into the predictive validity of assessments.

This research demonstrates that age and handwriting have very little relationship with future job performance, whereas, ability tests combined with either a structured interview or work sample test have a much higher score. Although work samples have been around for some time some employers are now introducing paid job auditions or 'try outs' where they bring candidates in to work alongside employees. This can be great for both sides as the candidate will get a real feel for the company and its culture. By candidates opting out of the process if they do not enjoy the work-sample assessment, organisations are left with the candidates most likely to have the greatest job satisfaction in the future.

No one size fits all

Assessments are powerful tools for generating more objective data about someone’s capabilities to do the job. But they are not without their own faults.

In Leeds, the discussion turned to social mobility and how many of the selection methods and criteria used today work in favour of those from greater advantage. Employers need to focus more on potential not just academic achievements and stop always looking for the polished product. Also, most entry level roles are scored on A-levels and university qualifications but where does that leave those individuals with learning difficulties who may not achieve the highest academic grades but would perform equally well on the job?

EY & PwC have removed degree classification and UCAS points from entry criteria, saying there is “No evidence to conclude that previous success in higher education correlated with future success in subsequent professional qualifications undertaken.” The company uses online assessments to judge the potential of applicants and offers the opportunity to complete additional training and qualifications once hired.

Guest speaker at Leeds, Caitlin Hartley, Assistant Director, Diversity and Inclusiveness at EY explained the company recruits based on strengths and develops individuals based on those strengths. It means they are recruited based on what they enjoy doing most and are good at.

Many employers admitted that their processes were outdated and arduous to change, so during the sessions they were asked to work together to come up with some simple and practical solutions.

Rethink what is essential and whether some requirements are unintentionally barring or disadvantaging some individuals from applying.

Shortlists should include at least two women or minorities to help reduce in group and out group biases.

Competency based interviews where all candidates are asked the same questions and judged against specific criteria are a fairer method and help to reduce the risk of hiring based on 'gut'.

Include assessments but allow for reasonable adjustments

Psychometric and skills based assessments are better predictors of someone's ability to do the job and are not biased based on group membership. But remember no one sizes fits all and ensure there are alternatives or reasonable adjustments for individuals who require them.

The Harvey Nash Inclusion 360, 'Inclusive Selection' events were held in Leeds and Birmingham 27th - 28th June. The next London event is 13th July. We will be running next sessions on 'Inclusive Onboarding' in October.

For more information about these events, Inclusion 360 or services from Harvey Nash please get in touch: inclusion@harveynash.com.

If you'd like to join the conversation about creating more inclusive workplaces please join our LinkedIn community.

Get ideas on how to build an inclusive workplace. 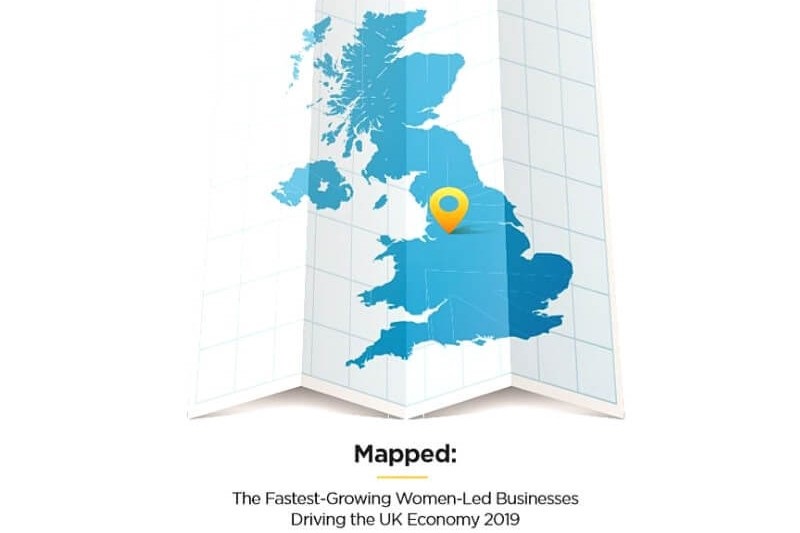 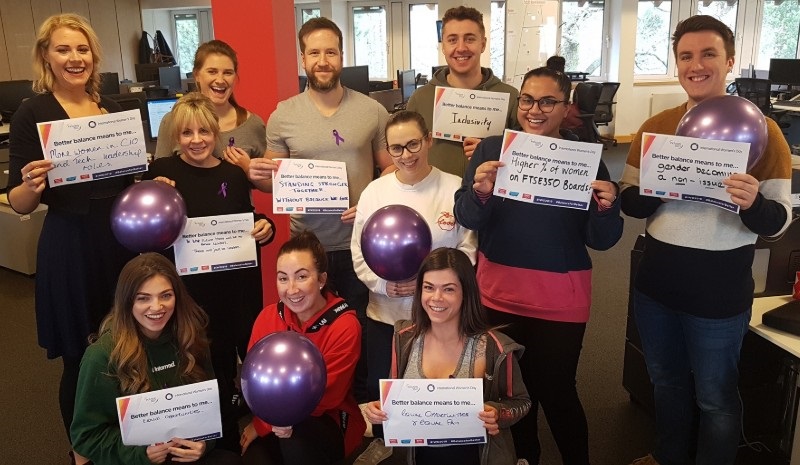 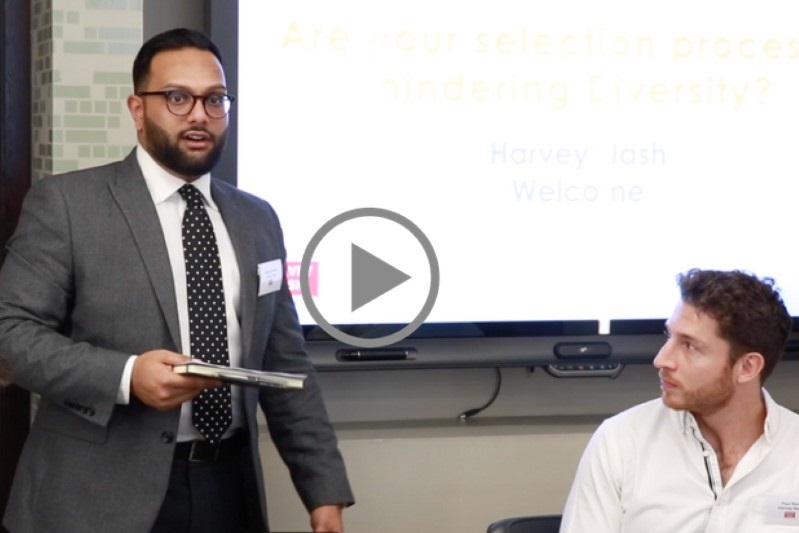 Hired the wrong person for the job? Blame your brain

Hiring a diverse pool of talent is a process of mind over matter, so said our diversity and inclusion roundtable event that took place in our offices in London on 6th February. 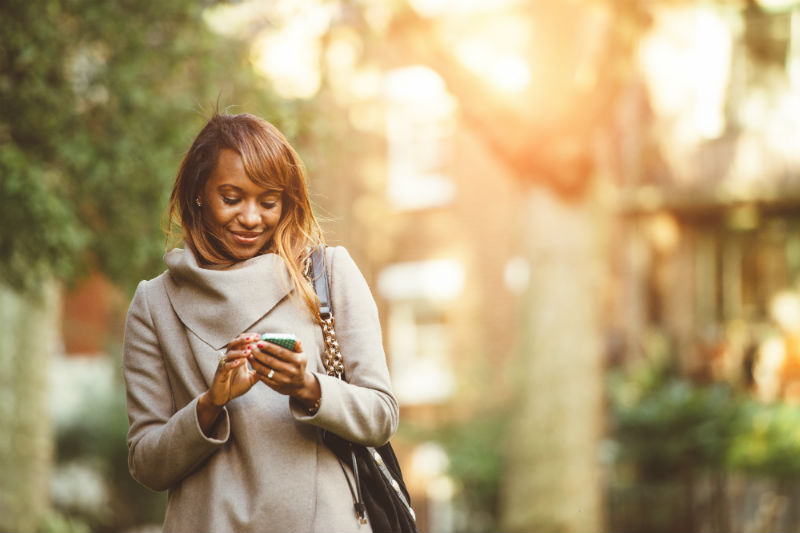 We'd love to talk to you more about inclusion